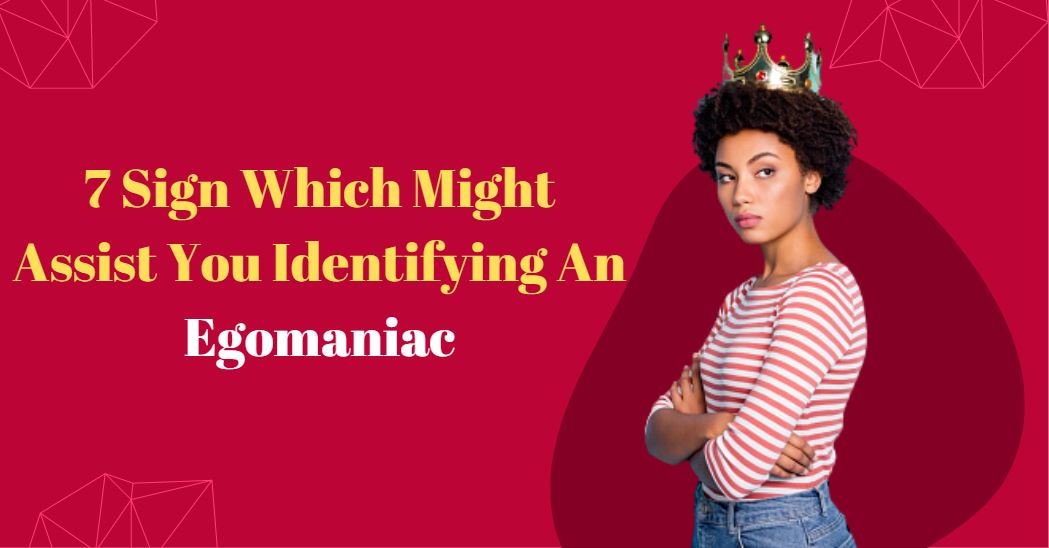 Self-love is not a bad thing. However, if your self-assurance becomes arrogant, particularly if it has a detrimental influence on other peoples, your actions may wander into egotistical areas. Egomaniacs are those who must always be correct. They are unable to accept the viewpoints of others. They spend all of their time talking about themselves. All of the narcissistic inclinations can make them critical and irritable, and they like to be the center of attention. Also, egomaniacs have the ability to make you miserable with a few psychological techniques, but only if you let them. Here are seven signs to look for that could indicate the presence of an egomaniac.

Dealing with someone who is obsessed with themselves can be difficult. They can not stop thinking about themselves. Nobody is more important or superior to them. People who are not on their level are treated with contempt. They are also quite narcissistic and enjoy having talks and subjects about themselves and their achievements. These folks, whether they are a friend, lover, or employee, take selfishness to new heights, causing stress and trouble wherever they go. Self-confidence is a good trait to have, but it must be gained rather than derived from a misguided sense of superiority, as is sometimes the case with egomaniacs.

2. Making Every Effort To Stand Out

No doubt, hard work and consistency are often required to stand out. Everybody is unique in their own way. Trying to be someone or something else in order to stand apart never works out. However, when it comes to egomaniacs, all attention must be on him or her. To gain attention and stand out, they will go to seemingly absurd levels. Egomaniacs are bad at sharing their accomplishments. It could happen at work if you try to take all credit for a major accomplishment. Or it could happen in school/college group projects or in other things. They merely want to be the center of attention.

An egomaniac is constantly striving to be more aggressive, and may resort to aggression to illustrate their point. They have no idea of personal space and might come across as rude at times. They are also continuously on the lookout for revenge. Anybody who does not follow their lead is automatically labeled as an enemy. Because of their immature thinking, egomaniacs typically have low emotional intelligence. Their impulsiveness, along with a restricted ability to moderate or adjust their emotions, frequently displays itself in verbal outbursts and tirades. Aggression can be shown in numerous ways, including physical expression, verbal or nonverbal communication.

4. Don’t Give A Damn About Their Friends

Egomaniacs are unconcerned about those around them. They frequently fight with their pals and do not have a large number of close mates. The majority of people can’t stand them, and that is the reason you will see them in various cliques all the time. It’s difficult for them to help others because they only care for themselves or at least meet their peoples fundamental necessities.

5. They will Never Forget That One Negative Incident

Egomaniacs will never ever let you forget the particular bad incident. They enjoy clinging to the worst aspects of life. They can not get over the time you unintentionally spilled something on them. Something that most people deem insignificant is actually a life-changing event for them. If you make even the simplest joke to them or taunt them in any manner, they take it extremely seriously, tense up, and even become angry.

6. They Enjoy Belittling And Demeaning Others

An egomaniac is continuously putting themselves up on a pedestal. No one is good or intelligent enough in their eyes. They have a habit of picking on people and dragging people through the mud for minor offenses. They are dissatisfied with everything and will make it known to you at every turn.

Ambition is nothing more than a drive to achieve something. Egomaniacs believe that nothing can stop them from succeeding. They would never let anything or anybody get in the way of their goal. Egomaniacs lack an ethic once it comes to their ambition, which can only be described as greed.

In the end, an egomaniac cannot be appeased. Egomaniacs are people who feel that the entire world revolves around them and that they are the center of the universe. In reality, the egomaniac is really insecure and seeks validation and attention. They might not recognise how they are behaving. If you are dealing with any egomaniacs just simply you can take a step back and turn around. Because no amount of explanation or talking will ever be enough to persuade someone of your point of view.